Now in its 28th year, ¡Viva! returns for our annual celebration of Spanish and Latin American culture, bringing you a programme of the most exciting cinema from across the Spanish-speaking world. This year we screen 19 new feature films, including multiple UK cinema premieres, as well as two classic films from Spanish maestro Luis García Berlanga. Join us on the opening night for the joyous musical extravaganza Explota explota, and then continue your cinematic journey through heartfelt drama, intriguing documentary, thrilling tension and gentle comic relief on a voyage of discovery across Spain and Latin America.

We’re excited to bring back post-screening Q&As to ¡Viva! this year, with guests presenting four of our titles from Spain. On the Opening Night we welcome Nacho Álvarez to HOME, and he’s here for a Q&A after the second screening of his debut feature Explota explota on Sat 19 Mar. On Wed 23 Mar we host star of Spanish cinema Icíar Bollaín, with her latest film Maixabel. Manu Gómez presents the UK premiere of his debut feature, a highly personal coming-of-age story, Érase una vez en Euskadi on Tue 29 Mar. And finally, young lead actor Maria Morera is here for the screening of Libertad on Thu 31 Mar, the debut feature film that has won Clara Roquet the Best New Director Goya Award.

With 50 screenings of 21 films from Spain, Argentina, Chile, Peru, Colombia, the Dominican Republic, Costa Rica and Mexico, we can’t wait to welcome you to the 28th ¡Viva! Spanish & Latin American Festival!

All films will begin at the advertised time with no adverts or trailers.
All films are in Spanish with English subtitles unless otherwise noted.
All age certificates are local to Manchester City Council, unless otherwise stated.

¡Viva! Spanish and Latin American Festival is produced by HOME with the support of the Instituto Cervantes in Manchester, the Spanish Embassy Office for Cultural and Scientific Affairs in London, MUBI, and the BFI, awarding funds from the National Lottery. 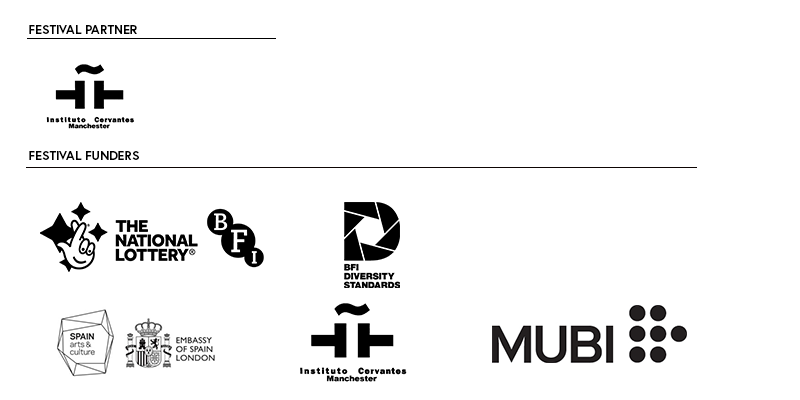 Tickets will be on general sale from Mon 21 Feb, with priority booking available for HOME Friends and HOME Members.

Articles in this festival

Jessie Gibbs, ¡Viva! Festival Coordinator, explores Micaela Gonzalo’s La Chica nueva, screening as part of ¡Viva! Festival 2022.
I think it is clear why Karnawal, directed by Juan Pablo Felix, has won national recognition. From the...
Michele Pezzuto reviews Érase una vez en Euskadi for HOME, screening as part of the ¡Viva! Spanish &...
In this debut from Catalan director Clara Roquet, we spend one summer with wealthy teenager Nora (Maria Morera)...
Director, Ángeles Cruz’s cleverly intertwining storylines explore the themes of grief, poverty, and desire in a gripping yet...
A powerful and thought-provoking drama about the emotional damage caused by  the Spanish Basque separatist group ETA. Based on a true...
I always get excited to watch films that are completely new to me. Actors I don’t know yet,...
Dr Abigail Loxham, University of Liverpool, explores Javier Marco’s Josefina, screening as part of ¡Viva! Festival 2022.
For our ¡Viva! Spanish & Latin American Festival, here are three titles which look at sustainability and the...
With 50 screenings of 21 films from Spain, Argentina, Chile, Peru, Colombia, the Dominican Republic, Costa Rica and...
In ¡Viva! 2022 we screen two key examples of the director’s films from the 1980s: La Vaquilla and...

PREVIOUSLY IN THIS festival:

A young woman fleeing homelessness and a precarious existence in the big city, makes her way down to...
When a teenager runs into trouble with local gang members, he escapes Medellín and heads for his grandfather's...
In the lush, forested hills of a remote coffee plantation, Jorge is the last young man to work...
Maite is a rancher of the last breed of wild cow in the Basque Country, the Betizú.
Dive into the weird and wonderful world of cults, alien conspiracy theories and Andean legends that all swirl...
This animation takes viewers into the magical and beautiful world of the Amazon region, reminding us of our...
After the death of Franco and the restoration of the monarchy, the Marqués de Leguineche returns to Madrid...
Basque drama based on real events. A powerful tale of repentance and reconciliation, with a hopeful message that...
Colombia, 1998. Amparo embarks on a race against time to free her son from the army draft in...
The worlds of two very different teenage girls collide when Libertad flies over from Colombia to join her...
The Basque Country, 1985, and the summer holidays are finally here for four 12-year-old boys.
A comic gem from later in the career of Spanish cinema maestro Luis García Berlanga, La Vaquilla was one...
A vibrant coming-of-age story set during Carnival, in the atmospheric borderlands of Argentina and Bolivia.
María, a Spanish émigré living in Belgium, relishes a later life blossoming on a road trip to Cabo...
Grandma Margara watches her grandchildren grow up and leave home. People may return, or not. But spring will...
In Lichtmann’s own words, this is a “a spy movie, a fiction about a documentary, a story built...
During the clandestine political struggle to overthrow the Franco regime, the most important thing was to know how...
Ángel and his younger brother Franco are languishing in a juvenile prison deep in the hills of southern...
The tentative relationship that develops between Juan and Berta is founded on an initial untruth, but is it...
Eliécer and his little sister embark on a spectacular but dangerous 850km journey from the Caribbean coast through...
In a Mixtec village in the Oaxaca region of Mexico, we follow the intertwining stories of three indigenous...
At the end of the 70s, Yan María Castro became one of the founders of the first lesbian...
A French woman escapes custody in the Dominican Republic and finds shelter in the most dangerous district of...
To the soundtrack of superstar Raffaella Carrà, a young dancer brings riotous colour to the grey Spain of...
Clara, a shy woman brought up as a holy innocent, experiences a late sexual awakening with sensuous abandon...
An absorbingly immersive and thoroughly enjoyable documentary about flamenco, politics, identity and Seville.