Director, Ángeles Cruz’s cleverly intertwining storylines explore the themes of grief, poverty, and desire in a gripping yet rather elegant way in Nudo mixteco. Taking place in the small town of San Mateo during their annual local festival, we see how drama can unfold in the smallest crevices of life. Set at the time of release, the three narratives each hint at women suffering at the hands of a muted but ever-present patriarchal society. The film explores indigenous cultural practices and highlights the ragged but beautiful scenery of this small town. Some of the shots are really a thing of beauty, and almost distract from the stories of poverty as we see the sun creep over the trees and wide streets ascending into the mountains of Mexico. 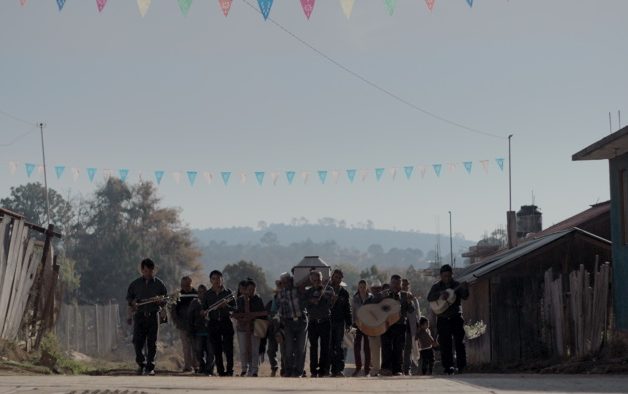 We are first introduced to María (Sonia Couoh), who returns to the town upon the death of her mother. It is soon made clear that María is a lesbian, and that her reasons for leaving San Mateo initially were not by choice, but by her father’s orders. All María wishes to do is grieve for her mother, and reunite with her old lover, Piedad (Eileen Yañez), but her emotionally wrecked father does not wish to make this easy for her. This leaves us with perhaps more respect when María pursues rekindling her relationship with Piedad, regardless of his words, and we are invited into a scene of passion so intimate and raw that the audience almost feels like an intruder. It is a privilege to be able to witness the work of Couoh and Yañez, as their characters reignite a romance that appears to have never died. Tasteful, seductive but not at all glamorised, we are left hungry for more detail on María and Piedad when it is time to give over to the next storyline.

In a smooth transition, we are transferred literally across the road, to the lives of Esteban (Noé Hernádes) and Chabela (Aida Lopez). Esteban has returned from three years of working away, expecting to be welcomed back as a hero, but receiving quite the opposite response from his wife. He learns she has met somebody new, and that his children no longer recognise him, inspiring his anger. After Chabela explains her side of the story, we feel just as much a part of the townspeople who are left to make a vote on the fate of the couple. In a turn of events, and smooth transition, it is Piedad to whom Chabela runs into in her time of need, returning to a glimpse of our earlier storyline. 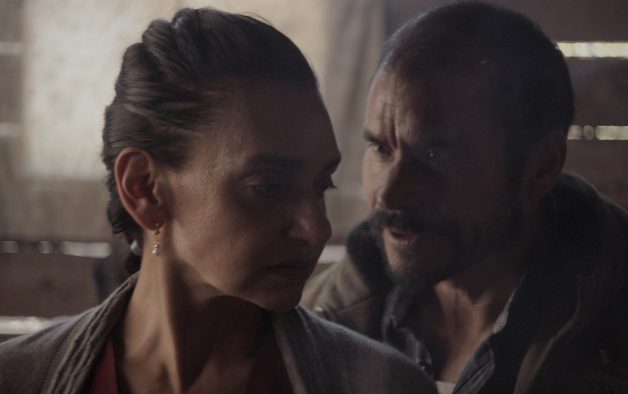 It is difficult to settle on a feeling of either pity or anger at Esteban for his actions. After all, this is again an example of a man having the upper hand, even if he did have to suffer to get it, which brings with it a reminder of how the patriarchy still prevails through many communities. Something is indisputable though, Lopez should be credited for her ability to communicate Chabela’s anger and desperation through the subtlety of a single glance. A woman of few words, it is a skill to be able to so silently pull off a character conveying such emotion.

Finally, we are transported to the life of Toña (Myriam Bravo), a saleswoman working in the city markets. Initially, we are left wondering what relation she may have to this distant small town, but it does not take long for all to be unveiled. Toña has left her daughter, Rosa, behind in San Mateo while she ran from the trauma of her past, and she is now forced to return. Bravo’s execution of a woman torn between being a good mother and running from her demons is commendable. We are left with a great deal of empathy for a woman who faces up to her past in order to protect her daughter, in a tender and delicate final scene between the two. This finality, of finding closure from the traumatic events of her past and the town in which she suffered, is wrapped up in a beautifully crafted portrayal of a mother’s unconditional love for her child. 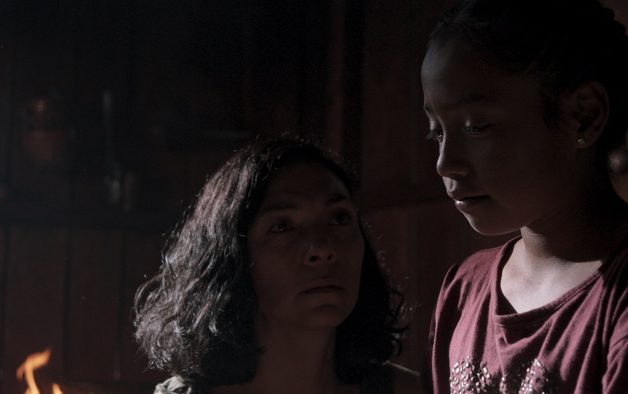 The importance of closure, to all problems large and small, is the message we are left with as the film concludes. Cruz’s ability to explore three very different but very essential feminist issues within such a small scale of both time and space should be highly praised, and perhaps emphasises how even the smallest of communities have their individual problems to overcome. A thoroughly raw, real, and relevant watch that has you wondering what happens next even after the credits draw to a close.