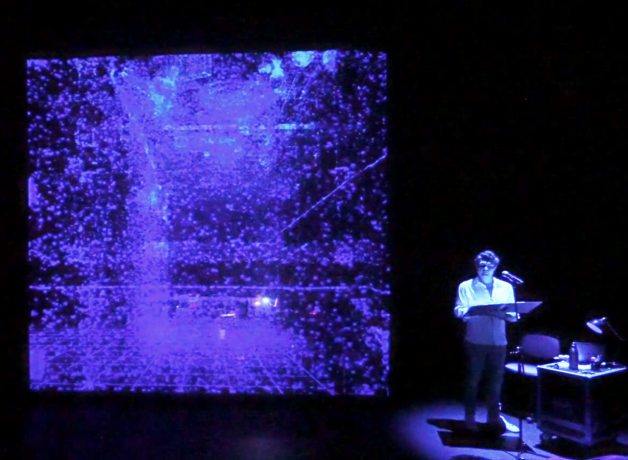 In 1992 Iranian popstar and refugee Fereydoun Farrokhzad was found brutally murdered.  The case was never solved.  This new work by Javaad Alipoor explores violence, digital culture and the post-colonial world.

An investigation into this iconic murder and an investigation into the nature of investigation. In a world of murder mystery podcasts, Wikipedia and an Internet that presents everything  In the world as knowable we need to understand that some worlds never collide. Fereydoun  Farrokhzad was the Middle East’s greatest popstar of the ‘70s, think Tom Jones or Freddy Mercury. By 1981 he was a refugee: working in a German grocers. Six months before being found brutally murdered he performed to sold out audiences over two nights at London’s Royal Albert Hall.

About The Javaad Alipoor Company

The Javaad Alipoor Company takes stories beyond the stage through powerful multi-platform creations. In 2017 its founder, Javaad Alipoor, the British-Iranian, Manchester-based Bradford-built artist and writer, began writing a trilogy of plays about how technology, resentment and fracturing identities are changing the world. The first part –The Believers Are But Brothers – opened in Edinburgh and won a Fringe First Award before its London transfer. It was commissioned for TV by the BBC and The Space and adapted and produced by the Company. The sequel – Rich Kids: A History of Shopping Malls in Tehran (2019) – premiered at the Traverse Theatre, where it also won a Fringe First. The play’s London transfer and national tour were postponed by Covid-19 inspiring the creation of a digital version that premiered with Battersea Arts Centre in summer 2020 and went on to be presented across the US and Australia. Things Hidden…. (2022) is the final part of the trilogy.

Past projects also include, What Is A Muslim, a collaboration with graphic artist and calligrapher Razwan Ul-Haq, exploring contemporary Muslim identity; The Colour of Our Politics, a podcast series created with actor and broadcaster Tanya Vital, about how the UK has been shaped by a rich history of anti-racist activism and resistance; and Made of Mannheim, a tri-lingual theatre production inspired by Schiller’s Jungfrau von Orleans exploring identity, religion and linguistic diversity, which had its world premiere with National Theater Mannheim and Theaterhaus G7 in 2021.