Originally founded by the Greater Manchester Visual Arts Trust, Cornerhouse was opened in 1985 after the former Shaw’s furniture store and Tatler Cinema Club were converted. Its mission was to be a place where audiences, artists and filmmakers are brought together to experience and debate contemporary ideas through a unique, risk taking, cross art-form and culturally diverse high quality programme of art and film. Chaired by Sir Bob Scott, the venue has been at the forefront of Manchester’s vibrant cultural scene since its very beginning. Patrons are Danny Boyle, Damien Hirst and Helen Mirren.

Located on Oxford Road, Cornerhouse housed three floors of contemporary art galleries, three screens showing the best of independent cinema, a bar, café and a bookshop and received around 500,000 visitors every year.

On 1 April 2012 the organisation merged with Manchester’s Library Theatre Company as part of GMAC (Greater Manchester Arts Centre Ltd). The merger was the first step in the creation of a new dynamic and vibrant producing arts organisation HOME, which opened its doors in 2015 to form an important addition to Manchester’s cultural infrastructure.

HOME provides new opportunities for artists and audiences to create work in different ways together and serve as a social and cultural hub – in one building visitors will be able to see original new work across the visual arts, theatre and film.

Find out more about HOME here, and see What’s On here. 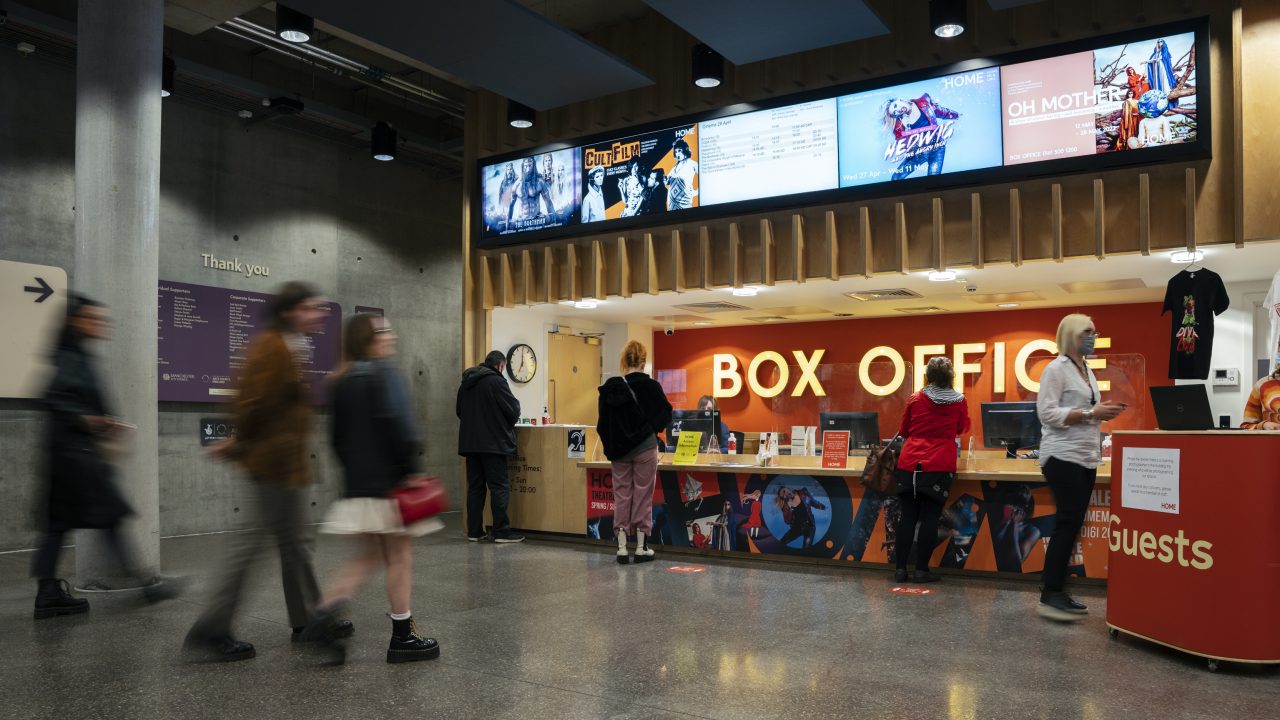