As part of HOME’s BFI In Dreams are Monsters Season, Ally Avadrian Davies takes a closer look at Troll 2 (1990)

Few films in cinema history have shared Troll 2’s remarkable trajectory. Herbivorous, homicidal monsters, intentionally cast amateur actors, nonsensical narratives and dialogue, rock-bottom budget SFX and a cast and crew on a shoot with no prior knowledge of the screenplay. One must wonder how a film with this particular collection of askew elements became and is still honoured as the B-movie holy grail.

From married team Rosella Drudi (writer) and Cladio Fragasso (director) was born a tale of magical vegetarian goblins who turn humans into plants so they can devour them in revenge for their destruction of the natural world. Drudi wanted in essence to ‘replace the vampires in the [classic] vampire story with vegetarians’, this narrative arising from a personal frustration she had when her friends became vegetarian. What unfolds is invariably an illogical yet farcical 95 minutes that is hailed still by a colossal fanbase as a cinematic triumph in a manner of speaking. Not only was the film itself seen as endearingly absurd, so too was the entire filmmaking process. Firstly, the film does not in fact contain any trolls, but instead goblins. The film was titled Troll 2 in an attempt to align with the success of Troll (1986) but has no actual affiliation with it. Admirably, the cast and crew had demonstrated unrelenting perseverance on the shoot as they were only given the script scene by scene (with the dialogue not having been translated fully into English from Italian) and the goblin actors had not even been told what the storyline of the film was when they began the shoot.

However, little did the filmmakers know that after its initial release to VHS (having not been permitted a cinema release) that rendered them disheartened and embarrassed, the rise of Troll 2 from ashes to underground, runaway phenomenon was brewing. What began as simple, repeat late-night showings on network television gained infamous popularity as it fortunately fell into the right hands. Niche audiences of science fiction, fantasy and horror cinema are renowned for being some of the most staunch and committed fan bases within fandom and participatory culture, devoted to repeat viewings and having an exceptional appreciation of the B-movie horror genre more than other cinema fans. Post-1960s the B-movie had expanded as a subgenre in its own right and since then many films have become illustrious within this category (The Room (2003), Killer Klowns from Outer Space (1988), Bad Taste (1987), Basket Case 2 (1990), Leprechaun (1993) and Critters (1986). One could argue that the appeal of these films comes from the simple joy of an audience not always looking for the seriously epic, but perhaps instead the epically kitsch and the experience of and joint adoration for communal film watching amongst other hardcore fans.

Gradually over the years what has evolved exponentially is a fan-led Troll 2 frenzy. A blend of astonishment and excitement crept through America as fan groups discovered each other having previously thought only their own personal set of friends knew about and cherished the film. Thanks to the steady increase of underground and internet-led fan culture in the ensuing decades fans connected and began hosting Troll 2 parties and launched sell-out screenings in cinemas with audiences desperately trying to see the film in a communal experience of shared appreciation. Die-hard admirers sported tattoos and homespun merchandise, there has even been a fan-made video game and a Nilbog Guitar Hero level.

Although it may not have reached the same status as Rocky Horror Picture Show (1975) which on first release opened to box office failure but later became a international phenomenon, Troll 2 has been on a similar fan-led path whereby audiences recognised something noteworthy within the film which has in succession led to this bizarre yet genuine love affair with it. Fan groups from the USA to Austria and even troops in Iraq can be seen observing the film as a bible they must pass on. Fans eventually began contacting the cast and crew about live Q&As and autographs and sent them fan mail. Both at once flabbergasted and delighted at this new reaction that now freed rather than hindered their careers, when attending screenings the cast were shocked to be treated like huge stars and to hear fans quoting the film line by line in blissful unison. Child actor Michael Stephenson made a well received documentary called Best Worst Movie (2009) which profoundly captures the passionate response from fans and the film’s rise to success.

What perhaps sets Troll 2 apart from the rest of B-movie horror in the eyes of its fanbase is its audience’s fondness for its genuine charm. Many perceive it to have been made with absolute sincerity and with a total lack of irony or cynicism. Thus, what put this film on a pedestal is not only its unfaltering genuineness but equally that every moment is punctuated with inadvertently absurd comedy and memorable lines. There is an unrelenting amount of entertainment cascading from every scene be it an actor’s delivery, the shoddily-fitted, taped-on claws and masks made for the goblins, the absurd storyline or the nonsensical narrative. Though all of these questionable elements were included to be unintentionally amusing, together they make every moment of the film enjoyable and it has a compulsive watchability that demands repeat viewings, where other B-movies only feature a handful of these auspicious moments.

The long lasting legacy of and indeed the undeniably lucky trajectory of some of these surreal texts and their rise to cult status demonstrates profoundly what can happen when audiences treasure rejected works. B-movie horror fans discovered Troll 2 on their own, bringing it back from the brink and plucking it from a watery grave of obscurity. A key aspect to the identity of ‘good bad films’ is arguably their communal nature. Their endearingly kitsch qualities bring joy to people promoting a coming-together, a shared kinship and joyous encounters through joint adoration of merchandise, on-set trivia, wider genre appreciation and iconography that strengthens a feeling of community, subculture and shared knowledge and experiences, which are essential components of fan culture. Troll 2 demonstrates this in the truest sense by its proven legacy of igniting friendships and communities. It left an impression in people’s hearts not in spite of its low-budget, nonsensical outlandishness, but because of it.

Traditionally within the fantasy and horror genres the portrayal of the monster has been seen as a figure of the outcast, the socially alienated, the rejected. Troll 2 may be a film about monsters, but the film itself has additionally followed the trajectory of ‘the monstrous’. Rejected as a cinematic misfit and originally the stuff of nightmares for all involved, this monster became a survivor as it clawed its way from the bowels of obscurity and was hailed the best of the worst. This outsider remains a firm hero and hidden gem to B-movie horror fans everywhere. It has become a beloved cult film that remains close to fan’s hearts all over the world. What we have here is not only a time capsule of early 1990’s B-movie horror gold, but also a nod to the enduring cinematic culture of the B-movie and a great example of the exceedingly unexpected and impressive turnaround a film can have when audiences deliver it out of the ashes and nurse it in the loving arms of shared community and fandom.

In Dreams are Monsters

This winter, we embark on a journey into the monstrous as we celebrate horror on film. Radical and provocative, horror has provided a community for… 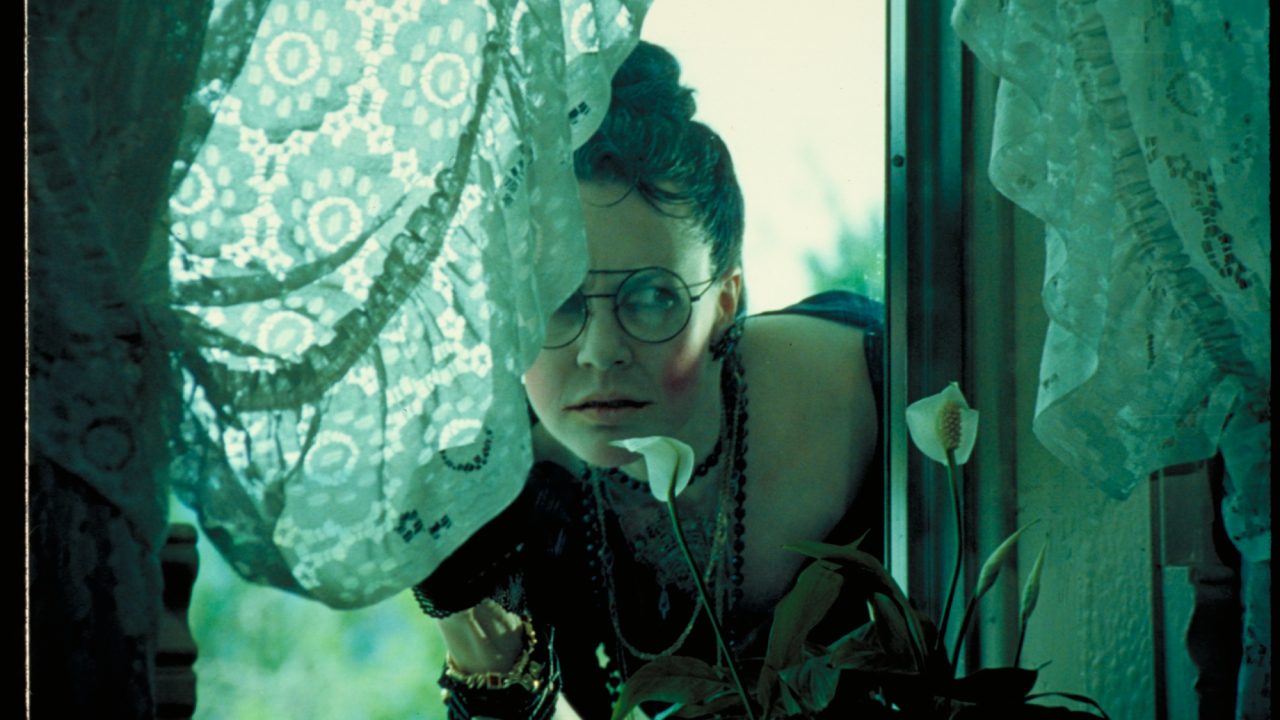 Claudio Fragasso’s comedy horror tells the improbable story of the Waits family and their fateful trip to the rural farming community of Nilbog.