Here’s a look at some of our upcoming films, showing in June and July at HOME, which cover environmental issues, sustainability and geography. 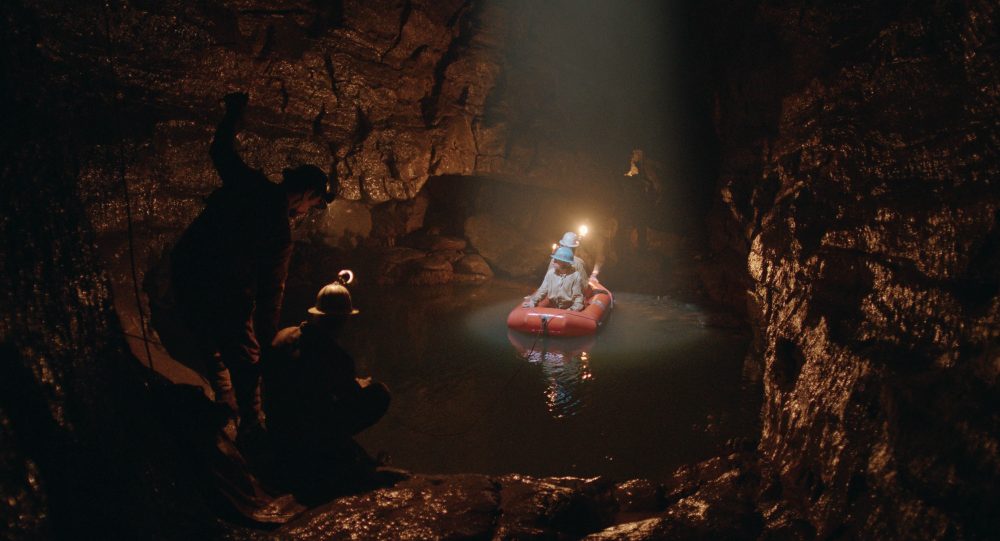 During the economic boom of the 1960s, Europe’s highest building is being built in Italy’s prosperous North. At the other end of the country, young speleologists explore Europe’s deepest cave in the untouched Calabrian hinterland. The bottom of the Bifurto Abyss, 700 meters below the surface of the Earth, is reached for the first time. The intruders’ venture goes unnoticed by the inhabitants of a small neighbouring village, but not by the old shepherd of the Pollino plateau whose solitary life begins to interweave with the group’s journey.

Il Buco chronicles a visit through unknown depths of life and nature and parallels two great voyages to the interior.

The Rice Bomber
Screening with introduction Wed 15 Jun at 18.00

Based on real events and shot in the visually stunning landscapes of rural Taiwan, The Rice Bomber follows Ru, a farmer, who is against the importation of rice and its impact on the land and the livelihood of Taiwan’s agricultural workers. After trying to talk to government officials, he makes 17 rice bombs to make them listen.

Produced in 1973, set in 2022, this science fiction classic presents a dystopian future where overpopulation and lack of food threaten the very existence of the human race. The Soylent Corporation offers a solution but can they be trusted, and what exactly is Soylent Green?

The film shares some key themes and ideas with Anthony Burgess’ 1962 novel The Wanting Seed. As Burgess remembers in his autobiography “Harry Harrison, on his own confession during the downing of a bottle of Scotch in my New York flat, stole the ending for the film of his novel No Room! No Room!, called Soylent Green.”

From Mexican-Ethiopian director and cinematographer Jessica Beshir, Faya Dayi is a lyrical, spiritual journey into the rituals and trade practices of Khat: a stimulant green leaf that – according to Ethiopian legend – was founded by Sufi Imams in search of eternity.

A hypnotic blend of documentary and drama, this immersive experience weaves a tapestry of intimate stories of people for whom chewing the lucrative crop has become both a radical escape and a space of socialisation and revolt against oppressive forces. For the unemployed, oppressed youth and elders alike, the high achieved from Khat (the state of Merkhana) is the only place where their hopes, dreams and aspirations can live.

Nominated for the World Cinema – Documentary award at the 2021 Sundance Film Festival.

Find out more about Sustainability at HOME.