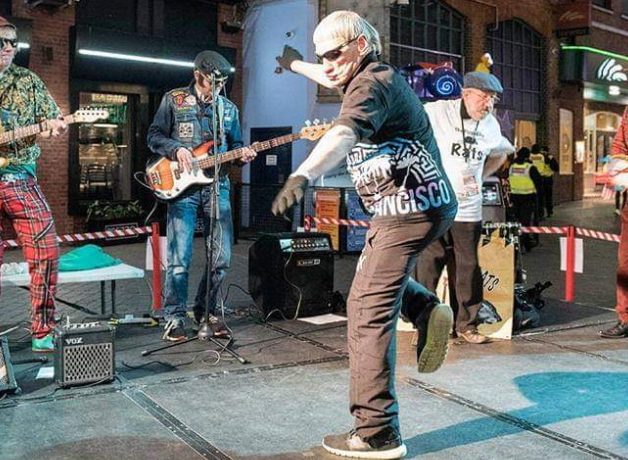 Through their own trials and tribulations, The Piccadilly Rats bring joy to the people of Manchester with their unique, scratchy rock’n’roll street performances. But they dream of more than singing and dancing in the rain; and so, Gaz sets out to take his brotherhood of mischief to the big stage.

The band’s ambitious journey is met with nothing but a procession of epic failures. But then, through some divine intervention, the band gets an offer to perform at a big festival on the same bill as their idol, Noel Gallagher. Proving that even a bunch of old timers can have their moment in the limelight, Live in Moderation is the hilarious and heartbreaking story of the last of a dying breed of Mancunians.

Event/ This screening will be followed by a Q&A with director Nathan Cunningham, producer Greg Bass, and band members Gaz Stanley and Tommy Piggott.