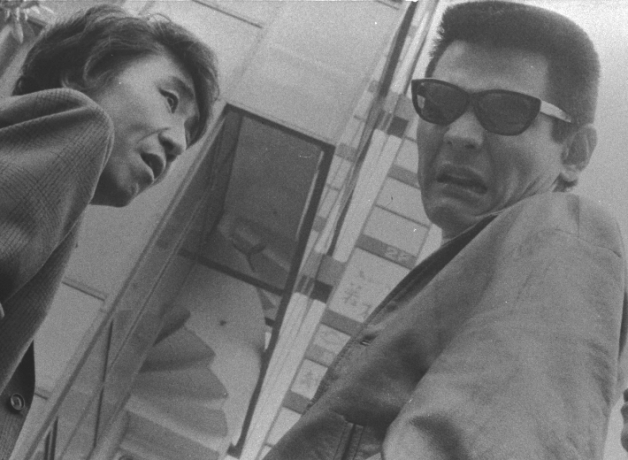 The 1970s saw Battle Royale director Kinji Fukasaku reinvent the Japanese gangster film with a series of urgent, violent and realist tales of crime and corruption. Street Mobster is a stone-cold classic example – an abrasive portrait of the rise and fall of a reckless street punk caught in the crossfire of a bloody turf war.

When Okita Isamu re-emerges onto the mean streets of Kawazaki after five years in prison, he comes face to face with Kinuyo – a prostitute who was the victim of one of his violent crimes years before. While the two outcasts form an unlikely bond, Okita returns to his criminal ways. He is approached by veteran gangster Kizaki, who encourages him to shake up the uneasy agreement between the two rival yakuza groups, who between them control the city’s bars and gambling dens.

Tickets will be on sale from Fri 22 Jul.

Event/ This screening will be introduced by Dr Fraser Elliot, University of Edinburgh.