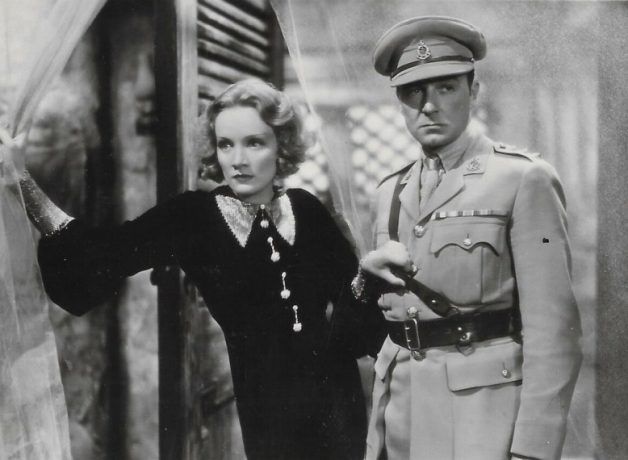 Tasked by Paramount bosses to find the next big thing, Austrian-born director Josef von Sternberg brought silent star Marlene Dietrich to Hollywood following the success of their landmark German-made film, The Blue Angel. Arriving in Hollywood at the dawn of the talkies, Dietrich and Von Sternberg had a seismic impact on American cinema with a series of striking feature films marked by sensuous cinematography, beautiful design and elaborate camerawork.

These visually intoxicating films redefined the style of filmmaking of the time, while Dietrich’s sexually ambiguous on-screen personas caused a sensation and turned her from actor to superstar and icon.

Shanghai Express marks the commercial peak of an iconic collaboration. Dietrich is at her wicked best as Shanghai Lily, a courtesan whose reputation brings a hint of scandal to a three-day train ride through war-torn China. Also on board is her old flame, a British army captain – and, unknown to the reunited couple, the leader of the rebel army.