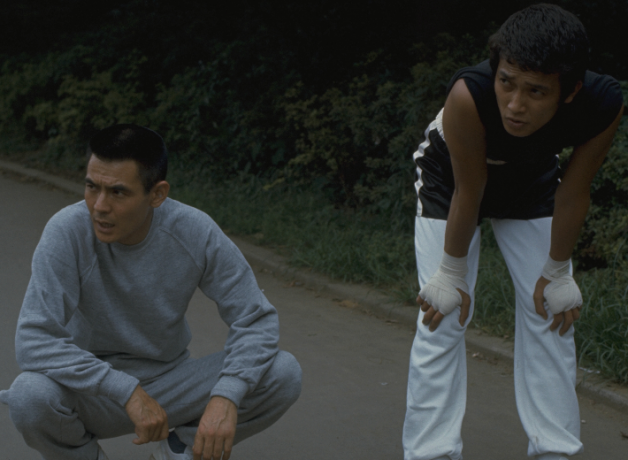 As a long-time fan of the art of pugilism, Shûji Terayama – poet, dramatist, filmmaker and leading artistic figure in Japan during the 1970s – brings all his knowledge of the sport to bear on this striking film. More accessible than the director’s earlier works, such as Throw Away Your Books, Rally in the Streets (1971), Boxer is the tale of a successful fighter who suffers an existential crisis in the ring and suddenly refuses to fight.

Played by Bunta Sugawara, a key star of the period, the troubled fighter is later approached by a young boxer who seeks his help in becoming a champion.

Event/ This screening will be introduced by season programmer Andy Willis, with BSL interpretation.