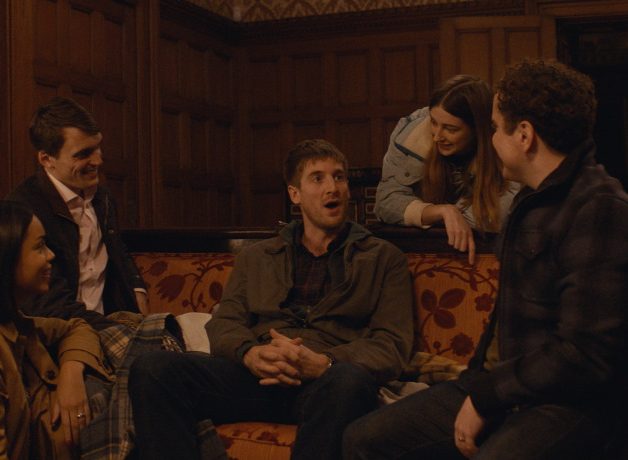 Pete is ready to leave his youthful indulgences behind and settle down with his girlfriend, Sonia. When his university friends invite him for a country weekend away to celebrate his birthday, he finds their immature ways haven’t changed and he’s baffled by their spontaneous invitation to a feral stranger from the local pub to join them.

With the atmosphere turning from tense to terrifying to surreal, Pete reaches breaking point. Is he being punished? Is he being paranoid? Or is he just part of some sick joke?

Directed by Andrew Gaynord from a razor-sharp script by Tom Stourton and Tom Palmer, with a cast of rising British talent, All My Friends Hate Me is a deliciously dark comedy about social paranoia.

This title will be on general release from Fri 10 Jun

Preview/ The 18:00 preview screening on Mon 30 May will be followed by a Q&A with co-writer and lead actor Tom Stourton and co-writer Tom Palmer.