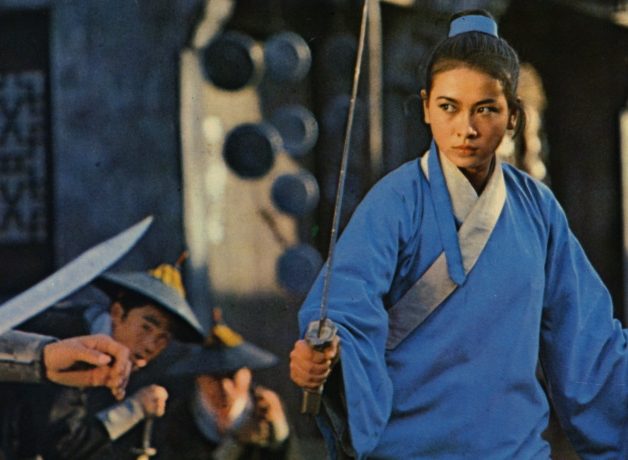 In the Southern Song dynasty, Shang Yen-chih enters Dragon City hoping to meet up with her revolutionary comrade Chen and discover a secret map that will help their cause. Her plans are undone, however, by a shocking discovery that sets her off on the trail of the mysterious General Bu Lung.

A great example of the Union Film Company’s approach to the wuxia, A City Called Dragon offers another striking female lead, here in the form of A Touch of Zen’s Feng Hsu, who won Most Promising Actress at the 1971 Golden Horse Awards for her portrayal of Shang Yen-chih. Director Tu Chung-hsun had also worked as an assistant to King Hu.