Last summer, David Lynch took over HOME with his art, film, music and more! Every corner of HOME was inhabited by a Lynchian spirit for Manchester International Festival. Today we’re taking a look back at this unique season of events with videos from the events, images and audio from the art exhibition and film recommendations that you can enjoy in your homes.

It marked the opening day of My Head is Disconnected, the first major UK exhibition of visual art by David Lynch.

Curator Sarah Perks hosted the in-conversation via live video link with Lynch covering his diverse artistic practice, from his iconic film and TV work to his paintings, drawings and sculptures.

My Head is Disconnected 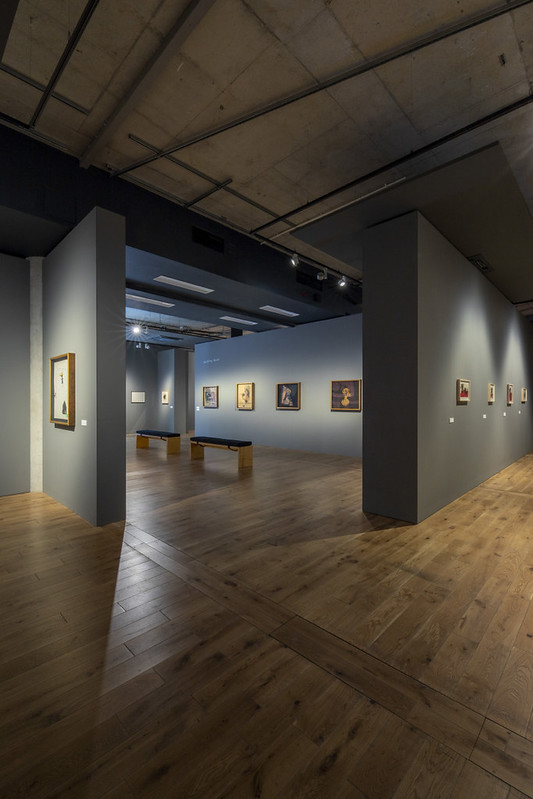 My Head is Disconnected was the first major UK exhibition of artwork by David Lynch, featuring over 60 weird and wonderful works dating from the late 1960s to the present day. Browse our photo gallery from the exhibition and listen to HOME’s curator Bren O’Callaghan talk you through the exhibition.

HOME curated a season of films both directed by Lynch and work that he has cited as an inspiration to him. Take a look at the films here – It’s a Great Big Wonderful World, and read this article by film critic James King – Lend Me Your Ear: Auditory Absorption in the Cinema of David Lynch.

“When I had my first meditation, this inner bliss revealed itself so powerfully – thick happiness came rushing in. And I said, ‘This is it.’ There it was. And everything just got better and better.” David Lynch

HOME is celebrating its 5th birthday this May, we’d love to hear your favourite memories! Tweet us your stories or fill in this form to tell us more.