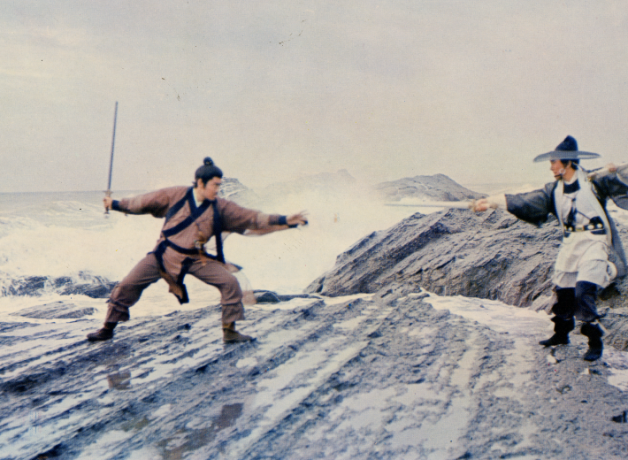 Another appearance for the lead character of Swordsman of all Swordsmen, Tsai Ying-chieh – here he is once again seeking revenge and battling a series of highly skilled fighters. After being awarded a magic sword in the opening duel, Tsai Ying-chieh must team up with unexpected allies and fight to recover his prized possession from an evil lord.

Along the way, The Ghost Hill introduces a range of outlandish enemies, which along with its beautifully realised production design, locations, weapons and action choreography, make it one of the most unforgettable entries in Taiwan’s contribution to the early 1970s wuxia cycle.