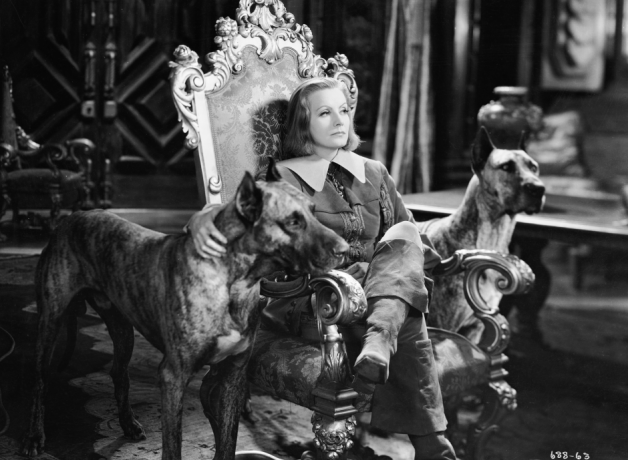 To escape the burdens of rule, Sweden’s Queen Christina rides into the countryside disguised as a boy. There she meets and secretly falls for a Spanish envoy on his way to the royal court.

Queen Christina is one of Greta Garbo’s quintessential screen portrayals, and one of her finest films which captures her graceful allure and enigmatic persona. The idea for the film came from Austrian-born émigré Salka Viertel, who had become close friends with Garbo, and originally planned to make the film in Europe.

Viertel’s creative influence in this period cannot be underestimated – both through her background in European stage work and her wide network of émigré friends, which included Berthold Brecht, Thomas Mann and Arnold Schoenberg.

Perhaps influenced by the recent, scandalous success of Maidens in Uniform, made by Viertel’s former colleague Leontine Sagan, Queen Christina is one of the era’s most sophisticated examination of gender and identity, with Garbo perfect as the bisexual Swedish monarch who was raised from birth as a boy.

Screening from a 35mm print.