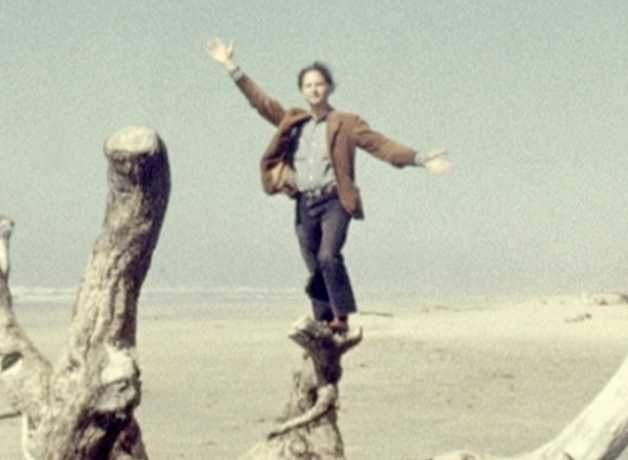 “Late at night, the city is sleeping, everybody is sleeping… only the filmmakers are awake.” Jonas Mekas’s late period film Out-Takes from the Life of a Happy Man is a reverie built up from discarded footage not used in any of his other films. Mekas began shooting with video and digital cameras in the 1980s, and finished shooting on 16mm film by the end of the 1990s. With this film, he looked back on the fragments of unused 16mm footage, finding yet more brief glimpses of beauty to join together with immediacy and intuition.

In essence, he was returning from the digital age to the technique he used to make his classic films like Walden: Diaries, Notes and Sketches (1969) and Lost Lost Lost (1976). On the soundtrack, we hear soft piano while Mekas tells us that these are “images with no purpose”. They’re “just for myself and a few friends,” i.e. us, the viewers.

Event/ This screening will be introduced by Kristijonas Gukauskas, Lithuanian art historian and researcher focusing on the works of Jonas Mekas.

Plus/ This screening will be preceded by Self-Portrait, Mekas’s first work made with a video camera in 1980. Shot at 1:45PM on a sunny afternoon in front of curator Sally Dixon’s house in St. Paul, Minnesota, the twenty-minute video is a masterclass in liveness, spontaneity and improvisation.