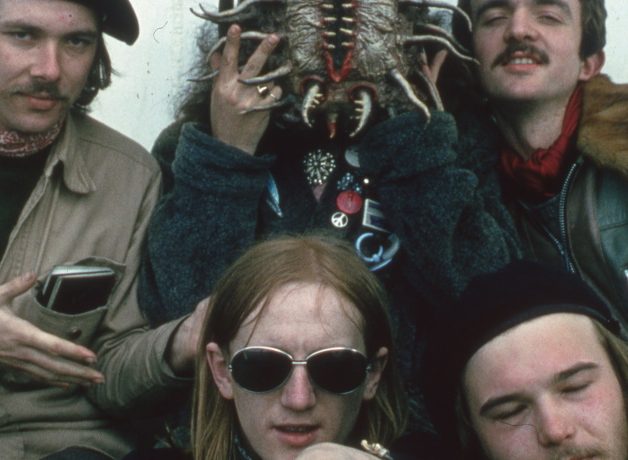 By the mid-1970s, they had been chased out of Hull by the police and branded by the British press and politicians as ‘the wreckers of civilisation.’ At the height of their art-world notoriety, COUM turned their attention to music, starting a new phase as the confrontational and notorious band Throbbing Gristle. They built their own instruments, ran their own independent record label, and confronted the dark side of human nature with brutal honesty, inventing an entirely new genre of electronic music – Industrial.

Other, Like Me is the first documentary to be made about COUM Transmissions and Throbbing Gristle, drawing on the groups’ rich archive of photographs and video, and featuring new interviews with original members including Genesis and Cosey. Theirs is a story of creativity and survival against the odds, of completely fusing art with life, no matter what the cost.

Event/ This screening will be preceded by a recorded introduction from directors Marcus Werner Hed and Dan Fox, and COUM Transmissions and Throbbing Gristle member Cosey Fanni Tutti.