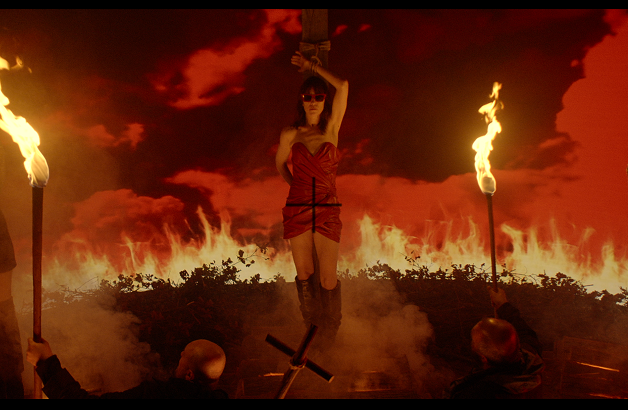 Gaspar Noé blurs the boundaries between reality and fiction in Lux Æterna, his ode to the suffering and sacrifices involved in the creation of art. French cinema icons Charlotte Gainsbourg (Ismael’s Ghosts, Antichrist) and Béatrice Dalle (Betty Blue, Inside), playing themselves, star as the lead actress and the director of an experimental film about witches. But as preparations for the shoot get underway, the increasingly chaotic production slowly unravels as egos and bitter resentments rise to the surface, threatening to derail the entire enterprise.

Shot over just five days and largely improvised by the superlative cast, this is a powerful, hypnotic assault on the senses like no other, cementing Noé’s position as one of the most incendiary voices in cinema today.

Please note: This film contains a sequence of flashing lights which might affect customers who are susceptible to photosensitive epilepsy.