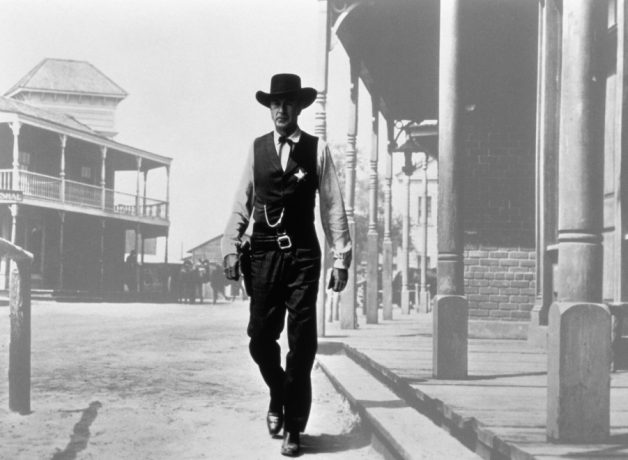 High Noon is accepted as one of the quintessential American films, with its hero’s dilemma the very epitome of the Western genre where “a man’s got to do what a man’s got to do.” It was, however, directed by Austrian-born director Fred Zinneman who consciously wanted to avoid any all-American clichés associated with the genre.

Gary Cooper plays Will Kane: the upright lawman who must face-off against a gang of revenge-seeking criminals, and who finds himself standing alone when the townspeople he is protecting refuse to come to his aid.

Viewed against the backdrop of America’s post-War communist witch hunt, High Noon also reflects a more contemporary, complex personal dilemma. It was written by Carl Foreman who, like many others in the 30s and 40s, had been a member of the Communist Party, and was being called to testify before the House Un-American Activities Committee. Controversial at the time of its release, the film increasingly became a metaphor for the decision to blacklist Foreman and the febrile atmosphere of McCarthyism in Hollywood.