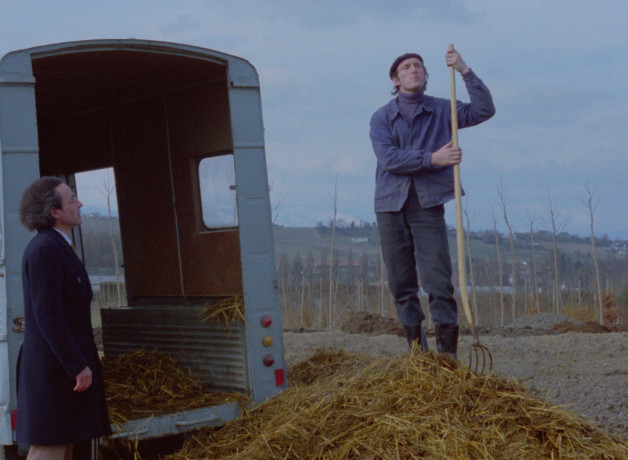 A playful exploration of the lives of eight ex-revolutionaries of the 1960s. Now all in their early thirties, they’re wasting away at jobs considerably less romantic than they had envisioned in their radical youth and longing for the days when moral and political issues were more sharply defined.

Written by John Berger, the Marxist art critic and novelist, the film maintains a delicate balance between satire and sympathy. As Tanner and Berger demonstrate, there was much that was faintly absurd about the youth of the 1960s – but also something magical and exhilarating.

To coincide with the 50th anniversary of Ways of Seeing, The Cinematologists podcast (“consistently one of the finest film podcasts around” – Sight & Sound) have teamed up with filmmaker Caroline Catz (Delia Derbyshire: the Myths and Legendary Tapes) to present the rarely screened Jonah Who Will Be 25 in the Year 2000.

The film will be introduced by Cinematologists hosts Neil Fox and Dario Llinares alongside Caroline Catz.

Event/ This screening will be followed by a discussion featuring Cinematologists hosts Neil Fox and Dario Llinares, and filmmaker Caroline Catz. The event will be recorded for a special podcast episode to kick off season 16 of The Cinematologists.