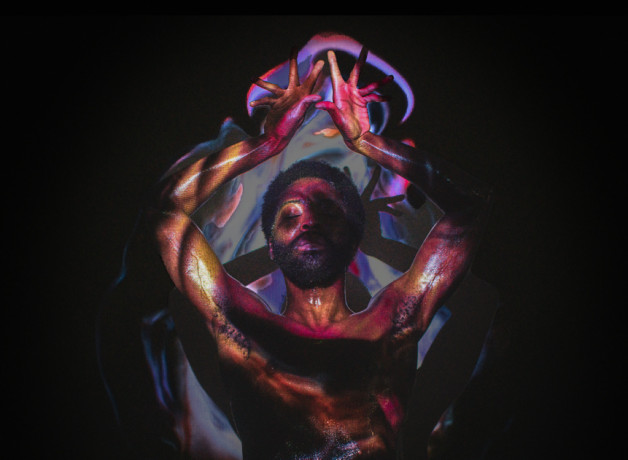 #BlackBoyJoyGone (#BBJG) is a BFI Doc Society funded hybrid documentary by and for black men on mental health, sexual trauma and finding strength through brotherhood. Directed by Ashley Karrell & Isaac Ouro-Gnao, and blending interviews, poetry, dance and storytelling, it captures the lives, realities, and the hopeful perspectives of men across the UK in the North, the Midlands and London in the United Kingdom.

The individual and collective accounts inform the narratives with the addition of layers of imagery, poetry, and dance. The dance sequences draw from Hip Hop, Popping, Waving, and West African & western Contemporary techniques.

Working collaboratively with mental health organisations and individuals in the UK, including Mind charity, The Survivors Trust and Black mental health professionals, this project has reached out far and wide, to amplify the voices of Black men who are often marginalised and underrepresented in accessing support and wellbeing services.

The title ties in with the celebration of Black men through the Black boy joy motif. It is a play on how we’re never ‘too far gone’ if we seek the right help.

Ashley Karrell is an award-winning director, photographer, film and theatre-maker with a career spanning 20 years. He has produced a broad spectrum of work that includes visual art, commercial and experimental video productions and mass participation pieces across and outside of the UK. Ashley graduated from the Northern Film School in 2005 and is now the director of the production company Panoptical and Expression Of You CIC, where he delivers large and small-scale productions at public exhibitions, events and festivals, and pursues work, which explores ideas of community, is socially engaging, and internationally-minded. His name is well known for the film and documentary of Geraldine Connor’s epic masterpiece Carnival Messiah, which debuted at the Leeds International Film Festival 2017. Its West Indies premier was at the Film Festival in Trinidad in September 2018, where it won the People’s Choice Award for Best Documentary.

2022-2023 Marks a new journey of creativity with Ashley creating four short films, expanding on his living art project Expression Of You and developing his feature film trilogy.

Isaac Ouro-Gnao is a Togolese-British multidisciplinary artist and freelance journalist. He creates empathetic and thought-provoking work rooted in traditional African realism, magical realism, and Africanfuturism. His impact in the dance world has been multifaceted; working as a performer, voice artist, scriptwriter, and marketer for esteemed dance theatre artists and companies.

Isaac’s movement is rooted in West African Contemporary, Hip Hop, Popping, and House through the inspiration and tutelage of Vicki Igbokwe, Kwame Asafo-Adjei, Alessandra Seutin, and Thomas Presto. His work has also been influenced by Seeta Patel and Tomislav English. He honours them all.

His writing has appeared in the form of features, reviews, and poetry in publications such as Lolwe, The Stage, A Younger Theatre, Poetry Birmingham Literary Journal, and more. Isaac is a member of Body Politic’s board of directors and is a mental health advocate through Mind charity’s Young Black Men steering group.

Ashley Karrell, Isaac Ouro-Gnao and Adam Lowe are commissioning 10 artists from around the UK to create original art that responds to the main themes of the film. The application deadline is Mon 31 Oct – find out more here.

For Black History Month 2022, HOME focuses on groundbreaking Black British filmmaking talent on screen and behind the...
#BlackBoyJoyGone is a film and public engagement programme to empower Black men, through high quality art, to speak...