Join fellow filmmakers and industry professionals for a special event showcasing a selection of the fantastic films submitted to the DIY Film Challenge and find out who has won the £1000 bursary prize!

Panelists Joshua Wilkinson, Lola McKinnon and Rob Speranza will chat about DIY filmmaking, provide general feedback and advice, and answer all your questions about the film industry. There will be an opportunity to network with the panel, as well as other industry guests and filmmakers, after the showcase.

Come along to HOME’s DIY Challenge Screening Event on Saturday 9 July to meet collaborators, industry professionals and to watch some fantastic DIY films on the big screen!

The closing date to submit a film for the challenge has now passed, but you can find out about upcoming DIY Film Challenges on the Showroom Sheffield website here. 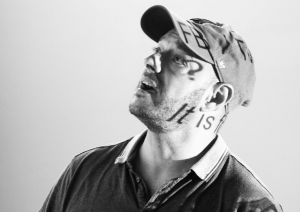 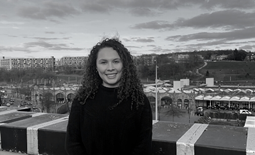 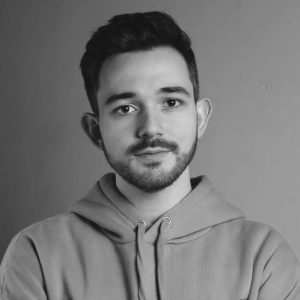 Rob Speranza
Rob Speranza is a film producer and line producer from Brooklyn, New York, based in Sheffield. Rob runs the South Yorkshire Filmmakers Network in Sheffield, supporting filmmakers in the region for over 18 years. He’s produced 16 short films and seven feature films, including Arthur and Merlin, Entity, and Inbred. He has enjoyed screenings at hundreds of festivals globally and has won over 75 awards for his work. Rob has been a drama programmer for the BAFTA-qualifying Aesthetica Film Festival since 2014 and is also on the Grand Jury for the Bolton Film Festival and is a programmer and supporter of the Spirit of Independence Film Festival in Sheffield. He holds an MA and PhD from the University of Sheffield for his work around film and poetry.

Lola Mckinnon
Lola is a film programmer and curator, currently working as Temporary Programme Manager at Sheffield’s Showroom Cinema. She has worked broadly across the arts and cultural sector as an advocate for the collective experience, through jobs in film distribution, theatre, photography and arts marketing. Lola has worked with several cinemas and film festivals including Watershed, Cinema Rediscovered, Depict, and the UK Asian Film Festival. She is passionate about championing underrepresented voices and shouting about new and emerging talent.

Josh Wilkinson
Josh Wilkinson is a Manchester based performer, arts facilitator, and film maker. He produces short films under his video production company, Modify Productions. His films usually focus on youth voice along with telling the stories of those that don’t usually get the chance to share their stories through film. He regularly facilitates arts workshops and advocates for youth leadership within his role as trustee at Contact, Manchester. Josh is also one half of Malandra Jacks, a theatre company with a current focus on class, specifically what it means to be working class in today’s society. Malandra Jacks use theatre, film, projection, and art installations to share stories and amplify community voices.