Sustainability is fully embedded into the heart of our organisation and part of this is programming films, theatre shows and art exhibitions which address environmental issues. HOME’s Aagya Pradhan (FEDS Trainee) and Leah Grosvenor (Environmental and Sustainability Officer) take a look at three new releases this spring which look at issues around the environment and sustainability.

The Velvet Queen – From Fri 29 Apr 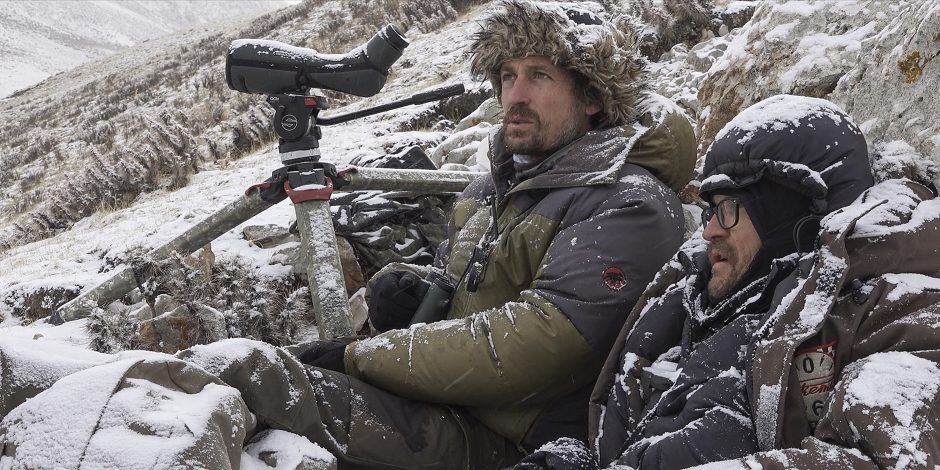 Vincent Munier, one of the world’s most renowned wildlife photographers, takes the adventurer and novelist Sylvain Tesson with him on his latest mission to the Tibetan plateau. For several weeks, they’ll explore these valleys searching for unique animals and try to spot the snow leopard, one of the rarest and most difficult big cats to approach. This is not a straightforward animal documentary.

‘The doc thoughtfully ponders the conflicted nature of a one-way relationship between watcher and watched…Man, after all, is the primary reason the queen in question has become so elusive, with poaching and environmental destruction having slashes Asia’s snow leopard population to grimly endangered levels.’ – Variety

This title was presented in the 2021 Cannes Film Festival Official Selection, in the special section ‘Cinema for the Climate’ – the new strand is a response to the climate emergency and intends to reflect the festival’s commitment to protect the environment and be ‘eco-friendly’.

Defiant in its tone, Arica tells the story of the aftermath of Swedish mining company Boliden’s decision to dump hazardous toxic waste in the small town of Arica in northern Chile in the 1980s. After thousands of inhabitants showed signs of poisoning and illness in the intervening years, the survivors sought justice in what has proven to be a ground-breaking transnational corporate accountability trial. The film follows the trial and the survivors’ quest for justice.

You can read more about the real court cases here: http://toxicjustice.org/

Jesmark, a Maltese fisherman, is faced with an agonising choice, when the livelihood that has sustained his family for generations is threatened. Should he repair his leaky luzzu – a traditional, multi-coloured wooden fishing boat – in the hopes of eking out a meagre living at sea or decommission it in exchange for an EU payout. In desperation, his actions bring him closer to an illicit black-market fishing operation. Luzzu won a Sundance Jury Prize for its non-professional lead actor Jesmark Scicluna, a real-life Maltese fisherman.

“touches on environmental issues that are causing the depletion of fish stocks, as well as initiatives led by the EU to tempt fishermen away from the seas” – EyeForFilm

Find out more about Sustainability at HOME.