In April 2022, Placemaking Piccadilly launched their debut exhibition in the Event Space at HOME, an incredible event showcasing artworks, photography and documentaries from the past year created by Mancunian citizens, and an opportunity for the public to get involved in interactive activities and share their opinions on our city’s public spaces.

Inspirational stuff from @getitdone_art and @McrFoodbank at this evening’s Placemaking Piccadilly event @HOME_mcr. Tonnes to take back to CN collective and some wonderful ideas, solutions and connections to help @CulturEdBolton reach all young people in Bolton. Thank you! pic.twitter.com/6wks9aDLfT

Placemaking Piccadilly is a community arts campaign led by Get It Done and Manchester Central Foodbank, striving for a new vision for Piccadilly Gardens and Manchester’s public spaces… A vision that meets the needs of its citizens and is inclusive to all, especially to those facing inequalities… And a vision for a space that actively challenges inequalities and acts as a beacon of participation, rather than consultation.

Piccadilly Gardens is the marmite of Manchester. Everybody has an opinion about the space and the planned re-design remains one of the most argued topics of debate in the city, especially concerning the grass, the police and the wall. It has a history of anti-social behaviour, but has always been the intersection of people from many different backgrounds, which is part of its chaotic charm. The online council consultation in 2021 found that only 13% of people would happily stop in the space as it exists today. So, how can we unlock the collective desire for a square that we all feel safe to enjoy, have ownership for and connection with?

Placemaking Piccadilly grew out of the campaign Can You Hear Me Now?, an ongoing collaboration between Manchester Central Foodbank and Get It Done, platforming the experiences of people using foodbanks through creative expression.

During the creative workshops and discussions part of the Can You Hear Me Now? Campaign, people demonstrated a huge interest in improving the accessibility of our local spaces through creativity and conversation, sowing the seeds of the Placemaking Piccadilly campaign as it stands now. 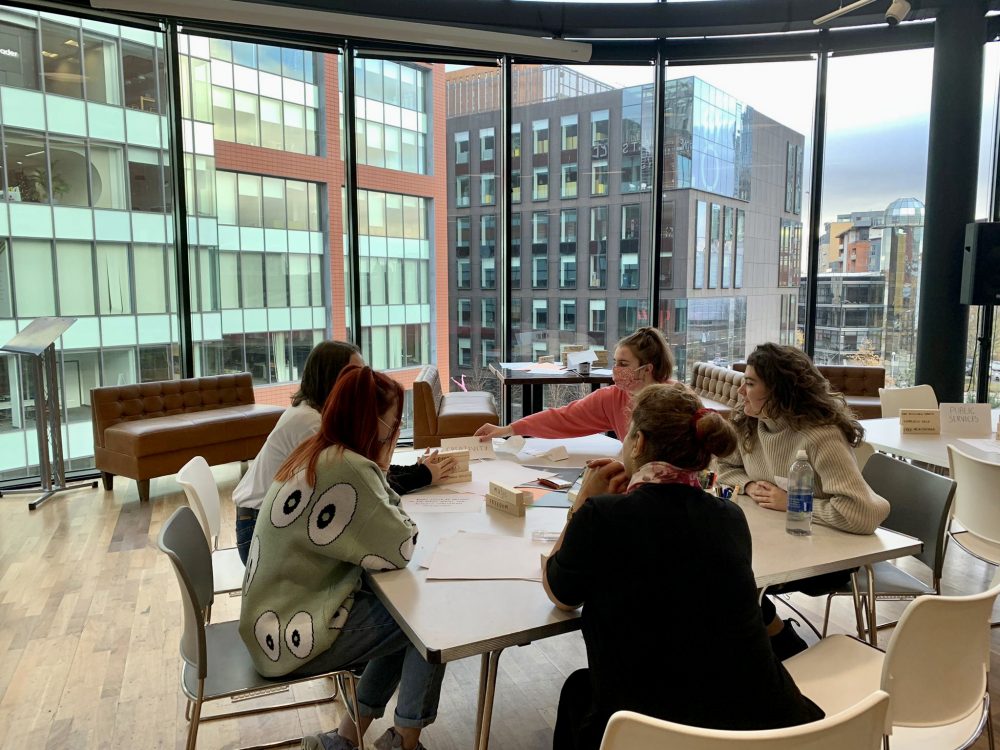 Over the past year they ran creative workshops with communities and organisations across Manchester to redesign Piccadilly Gardens and provoke discussions on the barriers to accessing public spaces. They ran a series of interventions and micro-festivals in Piccadilly itself to engage the public in creative activities including covering the square in chalk flowers, a Sketch Walk with local artist Freya Bruce, an alternative city tour with homelessness organisation Invisible (Manchester) and a Discussion Circle led by Manchester Central Foodbank to discuss inequalities in public spaces.

These creative activities brought a lot of fun, however the campaign group were keen to turn the conversations we had had into real and tangible change for Greater Manchester. Together with a committed group of 20 participants, they co-produced a manifesto through two Town Hall-style sessions taking place at HOME. The manifesto is a focused list of our asks for a more inclusive and welcoming central space for all Mancunians.

The key ask, however, is that; we would like to bring citizens of Manchester, community and charity groups, and our major institutions together to develop a community-led, participatory ‘platform’ in Piccadilly Gardens… With spaces, installations, programmes, and services specifically set aside for, and co-designed with, grassroots organisations, charities, and community groups throughout Manchester… In addition, we would like the council, Piccadilly architects, cultural and educational institutions, and key services to commit institutional support and capacity, on a long-term basis.

You can view our full manifesto here: https://www.getitdoneart.com/pp-exhibition

Over 200 people attended the exhibition at HOME, motivated by a deep care for the transformation of our communal spaces, writing messages of support, suggestions and sharing personal experiences. We are very grateful to the hundreds of Mancunians who have participated in the campaign and brought their huge enthusiasm, ideas and heart to our campaign, and especially our amazing and inspiring team of volunteer Placemakers who have made this project and exhibition what it is. We also want to thank the organisations who have supported us including The Trussell Trust, HOME, Manchester Metropolitan University and the University of Manchester.

Thank you! To all 200 of you who came along to our exhibition because you CARE how our city’s public spaces serve the people.

Huge thanks to our volunteers (only half pictured!) who worked tirelessly to make this campaign what it is. We can’t wait for what’s next 🤩🌱🏙🖍 pic.twitter.com/Bn3BVTfHRt

So what’s next? Through Placemaking Piccadilly, we aim to create a truly transformatory forum and participatory space. Allowing the voices of those excluded from public discourse, consultation, and cultural life to take a central, guiding role.

The next stage of Placemaking could be a forum where we offer grassroots groups the opportunity to outline the type of participatory projects they would like to be part of and bring our institutions into conversation to develop partnerships which can offer investment and capacity. If you would like to be part of this next phase of the project please contact us at info@getitdoneart.com. 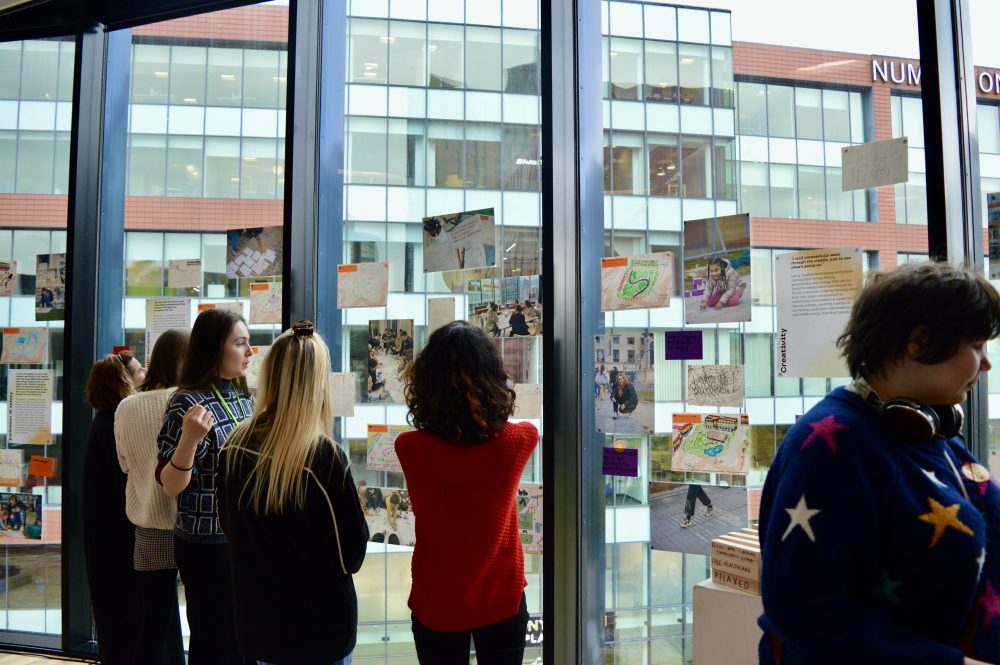